These decks contain 11092 words and 3000 characters from the official documentation for the new HSK 3.0. On the back of the card, you'll find: - character's usages in the HSK opus; for character 的, that would look like: HSK1: 的 (de) 别的 (biéde) 真的 (zhēnde) 有的 (yǒude) HSK2: 目的 (mùdì) 的话 (dehuà) HSK3: 有的是 (yǒudeshì)... - similar-sounding words field, which contains the words with identical syllables but different tones, for example: 知道 (zhīdao) 直到 (zhídào) 指导 (zhǐdǎo) - besides the pinyin and translation and the corresponding level, the traditional form is also included, as well as stroke order (that is, if you install the appropriate font) 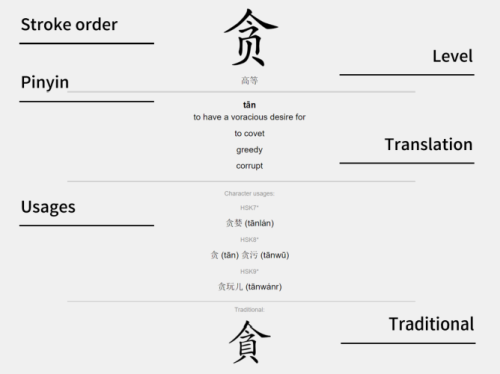 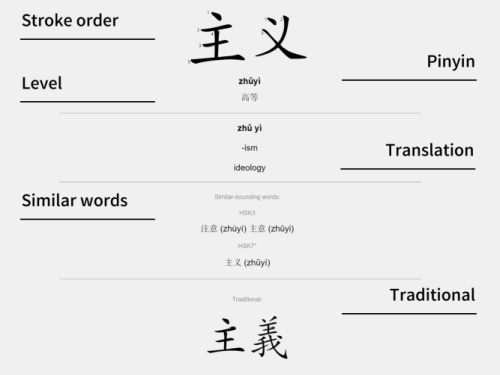 The definitions were provided thanks to CC-CEDICT. Audio files were automatically generated using text-to-speech software, so please bear in mind that some pronunciations might be incorrect. Some words have duplicate values because of different meanings (for example, HSK1 - 还 干 地; HSK2 - 得 老 长 头 倒 面 实在 省; HSK3 - 把 为 精神 背 调 任 初). Troubleshooting You can filter out the lower-level words by selecting and deleting cards with the unwanted tags (be sure to export your decks before you delete anything). If your notes appear to be in randomized order, you can sort them by their levels from lowest, by selecting: Deck options > New cards > Order > New cards in order added. Fonts For best user experience, I recommend downloading these three fonts: - Chinese Stroke Order - 方正楷体 - both Simplified and Traditional After downloading the fonts, you will have to move it in a specified folder: /AnkiDroid/fonts/ (for Android), or install it on your PC. The names of the three fonts are: CNstrokeorder.ttf, FZKai-Z03S.ttf and FZKaiB-Z03.ttf. If that doesn't work, it might be useful to read the documentation, there is a link to FAQ for detailed steps on how to debug font issues. Support If you liked this Anki deck, you can buy me a cup of coffee!

Or you can support my work by buying corresponding self-print cheat sheets which follow both characters and vocabulary decks: 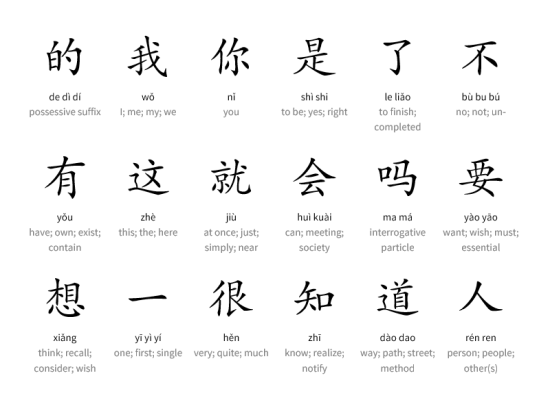 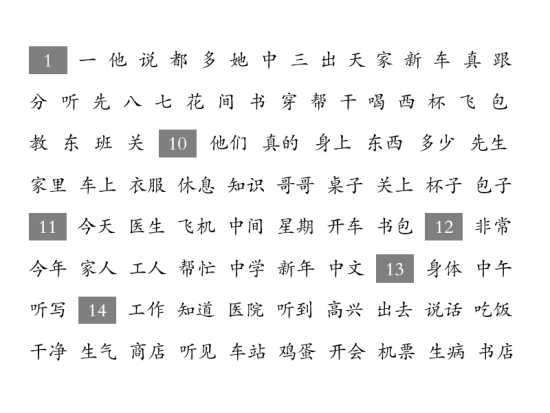 I hope these decks will prove useful! 加油!

It's a terrific deck, but it's a downvote from me because it's impossible to set it to "traditional" learning (English translation in the front and everything else in the back).

Very good deck that is helping me learn characters and Hanzi vocabulary, but i did have to make some personal adjustments to make it to my liking.

Unfortunately i'm now discovering a big flaw for this deck. As soon as you want to start learning vocabulary from English to Chinese, you are screwed. You can easily generate new cards for that from this deck, but unfortunately the field that contains the english translation starts with the answer in Pinyin for some reason, so that would spoil the answer. The rest of the information in the translation field is also not very concise, so it's going to need a lot of editing. For now I will see if i can somewhere find another good deck that i can use for English to Hanzi

This would be perfect if the creator only includes common / frequent meaning of the character. Having too much meaning will make learner feel overwhelmed. For example, 错 (cuo) which have the common meaning "mistake / bad / wrong", I think that's enough to write that only. Yes cuo can also mean to polish / to grind, and many more... but in fact I rarely find cuo used in that context. I didn't think it need to be written. This is also happen for a lot of character such as 掉, 回, and many more

Beside on that, I still get the benefit more from this deck so I still give it thumbs up

Very well done, helped me immensely to ace the HSK 3

Promising deck but needs quality check. Currently sounds don't match some characters, the meanings are all over the place, etc. Looks like the content was scraped from a dictionary or other sources but lacking the quality review that makes it a solid resource for learning.

Thank you very much! What a great work! Perfect!

Thanks for all the hard work!